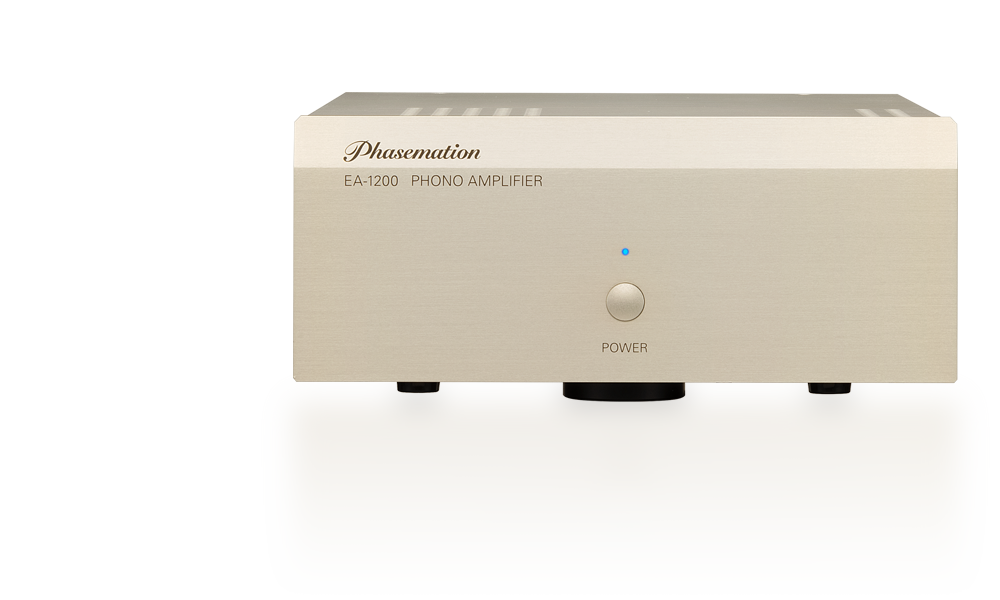 To-be-added power supply dedicated for the separated type tube phono amplifier, EA1200, which can educe music reality and even the artist's passion

Having in mind "analogs have a lot more to go," last year we released the EA-1200, the successor to the EA-1000 tube-type phono amplifier for analog disc lovers. The three-unit configuration of two monaural block phono amplifiers and one independent power supply was well supported by many people, but we received many requests for a completely independent left and right configuration having a power supply by adding a power supply unit. In response to these requests, we are pleased to announce the release of the PS-1200 power supply unit as an independent unit to allow users to enjoy the world of analog playback with the further upgraded EA-1200.

1. The amplifier's rectification circuit uses an R-core power transformer with more than sufficient capacity than required, a luxurious rectification circuit with a 5U4G rectifier tube and two independent left and right choke coils. Furthermore, the power transformer and choke coil are magnetically shielded to provide a cleaner and more powerful power supply to the amplifier.

Doubling the ability of the power supply

By attaching the shorting connector of the accessories, two choke coils and two electrolytic capacitors, which were used independently for the left and right side of the EA-1200, are connected in parallel, and this lowers the output impedance of the power supply and greatly increases the capacity of the power supply.

A strong chassis structure consisting of a 10mm-thick aluminum slant front panel, a 1.6mm-thick copper-plated steel chassis base, and a cover made of 2mm-thick aluminum material with magnetic shielding is used to ensure rigidity and to reduce magnetic distortion. Having varnished with champagne gold (highly universal) will not betray the pleasure for owning it.

This document is for reference only. Performances, specifications, appearance design and others are subject to change without notice before releasing the product.