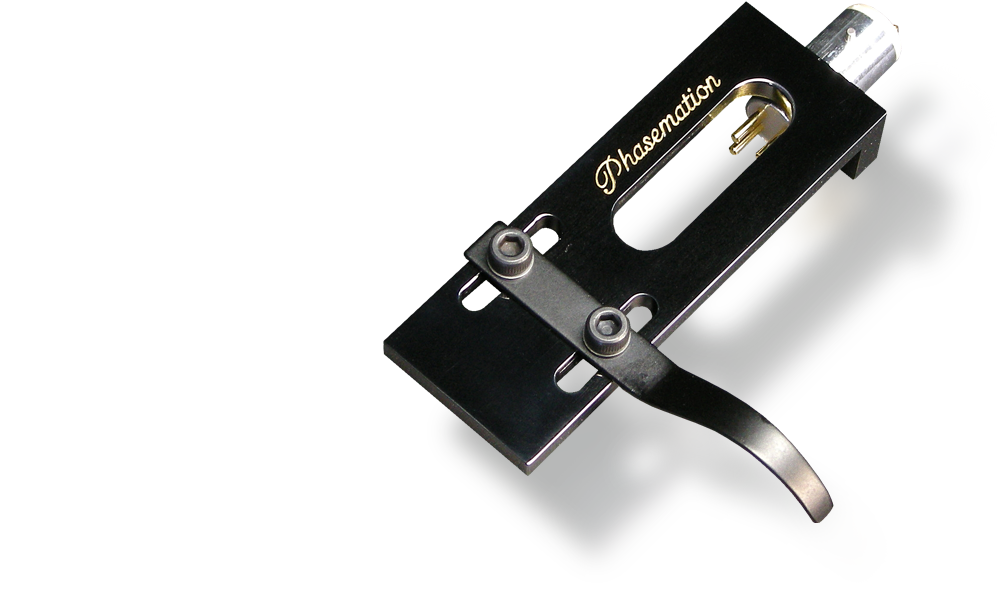 Engraved on records. Existence of Music. Drawing Emotion of Musician
On the occasion of launching MC phono pick up cartridge PP-1000, CS-1000, based on our existing model CS-1 and attained further lighter body and improved acoustic quality, is launched.

Without losing the rigidity, weight of CS-1000 has been successfully trimmed by about 14% compared with CS-1. CS-1000 has been changed to the figure with beautility. CS-1000 is manufactured with precise processing from duralumin without using any molds in order to keep the accuracy and get rid of the vibration other than generation of electric power of the cartridge. The aforementioned processed material has DLC (Diamond Like Carbon) treatment※ and strengthened its surface hardness and gained high rigidity. The shell construction with the superior vibration dumping characteristics is successfully materialized. CS-1000 brings out the performance of cartridges thoroughly.

*DLC(Diamond Like Carbon)
The generic term of the carbon thin film with high rigidity and electric insulation, whose hardness is equivalent to the hardness of diamond synthesized by the gas phase synthetic method.

The higher precision and the rigidity at the shell and the connector terminal parts were realized by being combined with the double bolts. In addition, by removing the rubber ring at the terminal improved the mechanical combination with the arm. With this realization, acoustic quality has been remarkably improved.
Stainless material is used for the finger hook and it suppresses the unnecessary resonance with the resonance dispersion shape.
LITZ wires coated with polyurethane which thin the insulation as much as possible for the shell lead wires are used. No turbidity and distortion of a sound at all range and the rich bass range and the vivid mid-high range are realized with high fidelity.